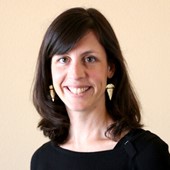 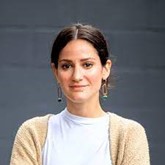 We are very fortunate to welcome Nora Apter and Jana Gastellum, of the Oregon Environmental Council (OEC) as our presenters for our May 12th branch meeting.  They will discuss near-term opportunities for climate progress in Oregon and at the federal level.  Here in Oregon, we have two major amphitheaters of action: the legislature and implementation of Governor Brown’s climate executive order (signed a year ago March). It’s also a new day at the federal level with green stimulus dollars, executive orders, and potential legislation.  Yes, there is some positive news!

Jana Gastellum became Deputy Director for Programs at Oregon Environmental Council in December 2019.  Jana originally joined OEC in January 2010 as Climate Program Director, leading state and regional work to bring about healthy, low-carbon, and equitable communities. This includes advancing clean fuels and energy efficiency and limiting and pricing carbon pollution.  Jana has more than a decade of experience building coalitions and advocating for climate policies. She previously worked on the UN Foundation/Energy Future Coalition climate team where she helped launch the 25x’25 renewable energy alliance, a joint initiative with agricultural and forestry leaders.  In 2013, Jana was recognized as a “4 Under 40” Young Clean Energy Leaders to watch by the Northwest Energy Coalition. She received a B.S. and M.S. in Earth Systems from Stanford University.

Nora Apter, Climate Program Director, Oregon Environmental Council, joined OEC in March 2020 after nearly eight years defending and expanding cornerstone environmental laws at the federal level.  Prior to joining OEC, Nora served as a Deputy Director of Federal Affairs for the Natural Resources Defense Council (NRDC).  In that capacity, Nora directed the development and implementation of federal legislative strategy on a broad portfolio of policy issues, including priority campaigns to protect public lands, wildlife, and oceans from climate-change causing resource extraction.  Before joining NRDC, Nora worked as a legislative aide for Senator Ron Wyden.  Nora holds a B.A. in International Affairs and Economics from Lewis & Clark College in Portland.

Nora and Jana both reside in Portland, Oregon, but their education and careers have taken them around the country, including both having spent time advancing environmental and climate initiatives in Washington, DC.  Nora is a native Oregonian.  Jana grew up in the National Park Service and was raised in the Southwest and Pacific Northwest.

We actively support AAUW National’s programs by raising awareness of Public Policy Issues and by fundraising for AAUW Fund, which awards fellowships and grants.  Our branch also awards a scholarship to a woman who attends Portland Community College in preparation for a 4-year degree.

Our mission of advancement for women is a priority for our branch.  We offer fellowship, networking, and the opportunity to make lifelong friends.  Our interest groups include: